In Place2Be’s first children’s survey for Children’s Mental Health Week, pupils at our Partner Schools tell us about their concerns, coping strategies and highlight the importance of kindness.

We surveyed* over 700 Year 6 pupils (Primary 7 in Scotland) and found that almost two thirds (63%) worry ‘all the time’ about at least one thing to do with their school life, home life or themselves. The children’s top concerns** were their family, friends being okay, and not doing well at school.

“We like to think of primary school as an innocent, happy time, but in reality we know that young children can worry about a lot of things – whether it’s something going on at home, with their friends, or even about bad things happening in the world. It’s perfectly normal to worry from time-to-time, but if these worries become more serious or persistent, it’s important that children know where they can turn for help.” Catherine Roche, Place2Be's Chief Executive

The survey also found that two in five children said their worries can get in the way of school work, and nearly a third said that once they start worrying, they cannot stop.

When asked what adults should do to help, over 80% of the children we surveyed said that ‘being kind’ and ‘listening’ are very important. The pupils also believed that it is very important that children are kind to each other. If a classmate was worried about something, they said they would ask them how they are, try to cheer them up and listen to them.

Positively the children had many different ways of coping with their worries, including most commonly talking to someone in their family, talking to friends or spending time on their own.

“What’s really positive is that many children already recognise the importance of being kind to each other when times are tough. Even seemingly small things, like asking someone how they are or listening to them, can make a big difference. Schools and families play a crucial role in ensuring that children learn to look out for each other, and know how to get help if they need it. These are skills that will last a lifetime.”

See more results from the survey

*Total sample size was 705 children aged 10-12 (99% were aged 10-11). Responses were gathered from 20 primary schools who work with Place2Be in England, Scotland and Wales.84% of the pupils in Year 6 classes (Primary 7 in Scotland) participated in the survey. 53% of respondents were male and 47% were female. Fieldwork was undertaken between 28th November and 15th December 2016. The survey was carried out online and on paper.

**Children were asked, “how often do any of these things worry you?” The percentages of children’s top worries are based on those who said ‘all the time’ or ‘a lot’. 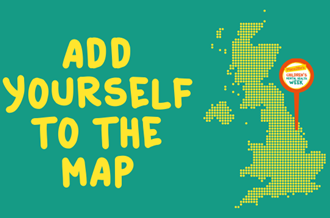 2 months to go - add yourself to our Children's Mental Health Week map!

Share how you’re getting involved and inspire others by adding yourself to our interactive Children's Mental Health Week map. 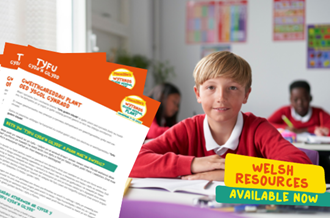 Our free resources are now available in Welsh to help schools and youth groups across Wales take part in the week. 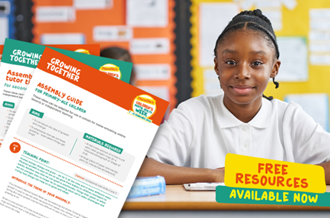 We're excited to release our free resources to help everyone get involved in Children's Mental Health Week 2022.