3 things I didn't expect to learn about child counselling

In this guest blog for Place2Be, professional footballer and Place2Be champion Ryan Edwards writes about his experience of attending one of our Taster Days, and the 3 things he learnt about child counselling. 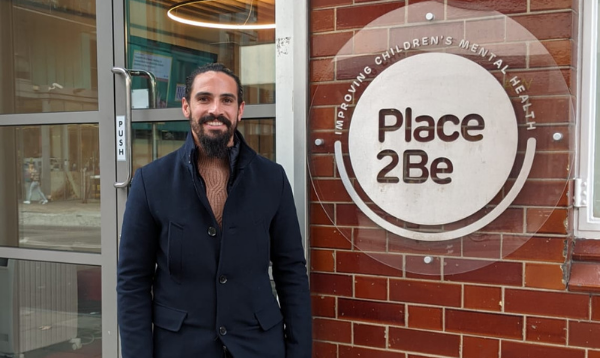 As a player for Burton Albion Football Club, I have worked alongside the Club’s Community Trust for the last year and one of the most rewarding programs I have been involved with is the Premier League Primary Stars initiative. The programme uses the appeal of professional football clubs to inspire children going through a challenging time. After receiving positive feedback, I was curious to learn more about child development and how to improve their wellbeing. I am currently studying Psychology and have skimmed the surface of child psychology and the importance of early interaction in childhood, but wanted to delve further - this is where Place2Be comes in.

1. The importance of play

Throughout the day we played a number of interactive games, the first one was a brilliant ice breaker called “Giants vs Goblins vs Wizards. In teams of 6, we lined up in typical battle fashion ready to battle it out as we assumed one of the characters - you literally had to become a Goblin! To a bystander, I’m sure it would have looked a little odd seeing 12 adults trudging towards each other acting as magical creatures - however, what it taught us is that it could very well be a situation we would find ourselves in when interacting with a child.

2. Be comfortable with silence

In another exercise we drew a picture of anything we wanted to and had to describe the image to our partner for a full 5 minutes - the catch - the other person listening had to sit in complete silence and was not allowed to respond or interject at any time and if you finished before the 5 minutes was up, you both had to sit in silence. This activity did 2 things - it forced me to be creative with my description of the image so I could fill the 5 minutes, but it also taught me to be comfortable to sit in silence and just listen. It reminded me of the wonderful quote by Epictetus, ‘We have two ears and one mouth so that we can listen twice as much as we speak.’

A very powerful segment of the day was around personal reflection, which is an integral part of becoming a child counsellor. After each activity, we had a reflective discussion about how each scenario would relate to a situation in a child counselling environment and how that made us feel - I found this very beneficial.

I loved the Taster Day, it was so much fun and a really great experience. It just confirmed to me of the great work that Place2Be are doing with children and schools. Whether you’re already a practising counsellor, completely new to child counselling or would like to learn more about yourself and others I highly encourage you to train with Place2Be. I left feeling content, inspired and enthused. I know I’ll be keeping an eye out to join the Level 2 Award in Child Counselling.

Place2Be’s Taster Day is the mandatory starting point for our qualifications and an introduction to our work supporting children and young people through talking, creative work and play.

Due to COVID-19 restrictions, upcoming Taster Days are currently on hold. We will continue to monitor government guidelines on Coronavirus, and hope to resume training soon. In the meantime, you can register your interest and be placed on the Taster Day notification list by emailing qualify@place2be.org.uk.