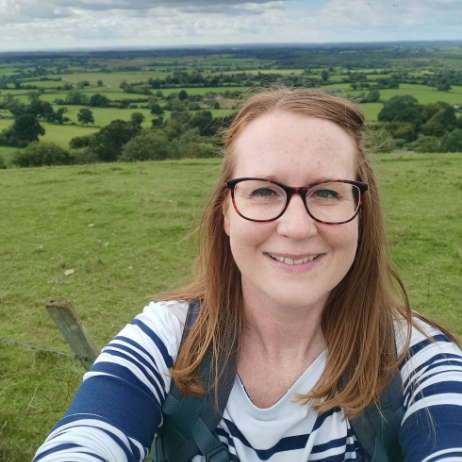 Area Manager, South Wales - Emma is a qualified counsellor and supervisor who joined Place2Be in 2012. She has worked across Wales and London in a variety of roles, beginning her career as a Counsellor on Placement before running her own school project and then moving into operational oversight roles.

Place2Be’s Area Manager for South Wales, Emma Bell, shares a recent story of Place2Be’s impact from one of our partner schools in South Wales.

In the morning, 11-year old Ceri* could usually be found at the school gates on the edge of tears, not wanting to leave her mum and come into school. Often, the Headteacher would need to come out and reassure her and help her take those last few steps. Once inside, she would usually need to go to the toilet and take deep breaths to calm herself and try and focus on the day ahead. She could usually then manage to return to the classroom and be OK for the rest of the day, but getting to class had become a daily internal battleground.

Ceri’s headteacher suggested that she might benefit from some sessions with Place2Be. Ceri agreed and she knew from the start what she wanted to get out of the sessions – to feel less worried about leaving her family and coming into school. Also, as she was in Year 6, she wanted to feel excited rather than anxious about the upcoming transition to secondary school.

During her sessions, Ceri liked to use the time to talk and to think alongside Place2Be’s mental health professional. Together, they explored the different feelings that Ceri experienced, often by quietly and mindfully sitting with a feeling and noticing which memories or thoughts came to mind. Ceri was very open to this and quite surprised at some of the childhood memories that popped into her head that seemed to connect strongly to certain emotions. There seemed to be something very calming about letting the emotions be noticed rather than overcome, like shining a light in a dark room and realising that the monster in the corner is just a pile of clothes.

After 10 sessions, Ceri had shown a dramatic improvement. Ceri said that her worries about coming into school had lessened to almost nothing and she no longer needed to go to the toilet at the start of the day. The change in her demeanour as she walked through the school gates was noticed by everyone who knew her.

It's like having a different child, her confidence has grown so much and it's lovely to see! Thank you Place2Be! Ceri's mother

Most importantly, it was noticed by Ceri: “I feel like a changed person thanks to Place2Be”. She is now looking forward to starting secondary school and beyond.

Ceri’s Headteacher has also shared her perspective on the transformational impact of Place2Be support:

“For a number of years, Ceri has demonstrated anxiety when coming into school, often being overwhelmed with emotion. This was often worse after a school holiday and would sometimes result in school absences due to Ceri’s physical symptoms caused by her anxiety. As Headteacher, I built a strong and supportive relationship with both Ceri and her mum. We would work together to support Ceri coming into school, often providing one-to-one time at the beginning of the day to ensure Ceri was settled before she entered her classroom. Despite this approach and other strategies, I felt Ceri wasn’t developing the skills to manage her anxiety and equip her to come into school independently. Ceri was in Year 6 and I wanted to help her, especially as Year 7 and a new school was on the horizon. I decided we would discuss a referral to Place2Be for one-to-one work. What a difference this made! Not only to Ceri but also to her family.

“Following the one-to-one sessions, we noticed a remarkable difference. I’m now redundant and that pleases me. Ceri enters school happy, independent and settled. She has responded extremely well to the sessions and presents as a totally different child – her head is held high, she smiles, she engages and attends school regularly. More importantly, she has equipped herself with the skills and confidence and is now ready for her next step in education."

As a school, this is what we want for our children – to be happy, healthy and confident individuals. Place2Be has enabled Ceri to develop the skills, resilience and perseverance to manage her anxiety. Ceri's Headteacher

"This progress cannot be measured or illustrated in terms of data or a graph – it’s the visual presentation however that evidences the progress she has made and we couldn’t be prouder!”

*Names have been changed to protect the privacy of the children and families we support.