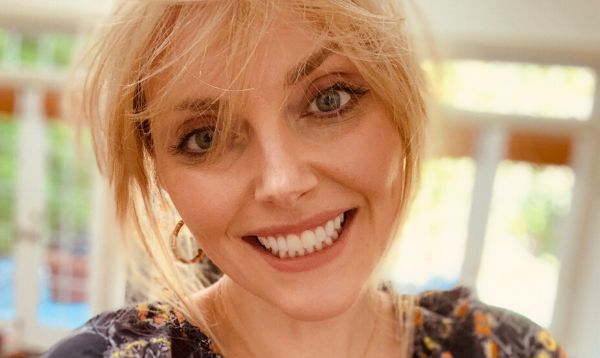 Sophie is a long-term supporter of Place2Be and a passionate advocate of mental health support for children. Through visits to our partner schools, she has seen first-hand the value of providing early support for children’s emotional wellbeing when difficulties arise, and in 2016 she authored a foreword to our book Splitting Up: A Child’s Guide to a Grown Up Problem.

Sophie will work with the charity to:

In an article for Place2Be, Sophie shares her reflections on the importance of Place2Be’s mission.

In an article for Place2Be, Sophie shares her own reflections on the importance of Place2Be’s mission.

Where sanctuary is found, by Sophie Dahl

I can’t remember a time before I loved books; in the same way children with a small age gap between them don’t remember life before a sibling was part of the furniture. Reading was just this thing I always did, familiar and soft as breathing.

The first book without pictures I read alone was Enid Blyton’s Faraway Tree, and I remember being in my bed in Wandsworth; the summer light still high outside, as shadows fell in my bedroom. The thought: I can picture it all in my head, I don’t need any help. These words; this joy.

I was an only child until three days before my seventh birthday, and like most children of the eighties, was solely responsible for my own entertainment. I was allowed to play outside for hours on my own and spent a lot of time of time at the back of the garden by a steaming compost heap that felt like a jungly no-man’s land.

I was always the plucky orphan star of my games, forced into servitude by a cruel relation, or, looking for love under a willow tree (Oliver Twist was my pinup).

When my sister, Clover, was born, she served as further foil for these fantasies. I made signs and stuck them in the windows offering up a “Luvly baby for sale”, and when she was older I walked her across snowy woods one January to find her “real” parents. Surprisingly, she still speaks to me.

I grew up in a family where stories were currency; lyrical armour against the blows life could deliver. To be a good Dahl you had to be able to tell a good story: to scrape entertainment out of the embers of your misfortune and tell it with a laugh.

My grandmother, Patricia, lost one child to measles, witnessed another brain injured, and had three catastrophic strokes at the age of thirty-eight, when pregnant with her fifth baby. Her recovery was illustrative of her marrow-deep grit, and from a paralysed, new-born state, she learnt to talk, walk, read and write again.

She was nominated for an Academy award for best supporting actress three years later. When she was diagnosed with advanced lung cancer at the age of eighty, having given up smoking at sixty, she announced she was “a little offended” to have cancer. And then she gave a whiskeyed guffaw.

Digging for rubies in the dirt of a story is not unique to my family. It’s a universal, age-old tradition, born of bearing. My husband’s paternal grandmother was planning to go to medical school in Prussia before the Nazis came.

Then they made her wear a star. She and her mother got safe passage to Israel, but many of her family perished. A few decades on, far away from her original home and hopes, she lived in a seaside town in Essex, her former life relegated to a black and white album. “Life’s not fair Darlink,” she’d say, puffing on her cigarette. “Life’s not fair.”

When I met the man who became my husband, he was horrified at a lunch where my siblings and I became insensible with laughter talking about our childhood war wounds. This is often how we met stories that were ultimately painful, by finding the dark humour in them. We had a parent with mental health problems and addiction issues, during a time when these issues were not spoken about widely.

Making 999 calls and visiting locked wards was familiar to us, and we experienced our fair share of darkness. Brother and sisters together, we made jokes about awful memories, adopting our family shtick until our knees wobbled and our eyes streamed.

“It’s not funny.” My husband said, looking at us with confusion. “Why are you laughing?”

And this is where good, honest children’s books come in. Life’s not fair. Let’s not pretend it is. My grandfather, Roald, took his injustices and turned them into wicked headmistresses, peaches that flew, golden tickets with the power to transform the broken. My grandmother, and my husband’s Omi, laughed.

Good children’s books acknowledge the universal truth that bad stuff can happen. But they offer other, gentler truths; that pain co-exists with joy, and loss, love. To me, it’s the nuance in a story that gives us an almost second sight clarity; the ability to hear the rain seconds before it comes. The shades of grey are what colour us human: flawed and fallible, yet capable of so much.

When I was small, books told me, it’s ok to not be sure of adults, because you have a beating heart inside of you that is your compass. It’s ok to be lonely and frightened, because children before you have walked the silent hinterlands of loneliness and fear, and survived.

My heroines were Astrid Lindgren’s fierce female protagonists: Ronia, The Robber’s Daughter, living in a wild landscape, filled with bravery and love and torn between her parents and a friend she loves, a lightning strike creating a literal chasm and bridge between two clans.

And Pippi Longstocking; nuanced, brilliant Pippi: self-sufficient, strong, kind and loyal, an incorrigible liar and teller of the best tall tales. Joan Aiken’s Bonnie and Sylvia, who through adversity, trump the wicked Miss Slighcarp and grow on the way.

The list goes on. Philip Pullman’s Lyra, who left such an imprint, we named our daughter for her. Harry Potter, longing, and filled with potent magic, yet banished to a cupboard under the stairs. Through these and countless fairy tales we meet life’s archetypes; we confront darkness.

Children love these stories and authors because they ring with truth. They don’t patronise. Life is not Pollyanna; even for Pollyanna. When my childhood was at its most challenging, I wrote stories about never-ending picnics and hot chocolate and goose down duvets and apple cheeked, kindly ladies. I tried to write it better. It wasn’t, but it was words that were my refuge.

The psychotherapist, Francis Weller writes that:

For most of us, our experiences of loss were not adequately contained by those around us. We were not offered an adequate level of what trauma therapists call attunement to the emotional states that enveloped us. Attunement is a particular quality of attention, wedded with affection, offered by someone in love and trust. This deep attention is what makes painful experiences tolerable.

Place2Be has been providing therapeutic services in school settings for the past twenty-five years, recognising that children’s problems need to be met, so they don’t grow with them.

It fills me with hope that there is a charity such as this one, supporting children and school communities and arming them with resilience. In her memoir, I Know Why The Caged Bird Sings, Maya Angelou wrote, “There is no greater agony than bearing an untold story inside you.”

Here’s to stories – reading them, writing them, telling them, and having someone really listen.

Madame Badobedah by Sophie Dahl and illustrated by Lauren O’Hara is published by Walker Books.