With a one-year investment of £4.2 million, Place2Be delivers one-to-one counselling to 4,548 children across 251 schools, generating a potential societal benefit of £25.9 million, says a new report by Pro Bono Economics for Place2Be. 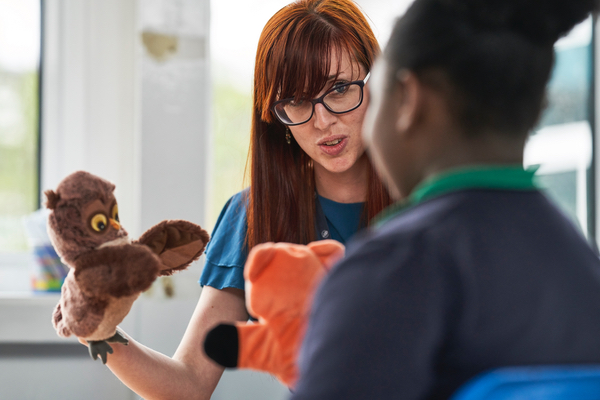 Early mental health interventions in primary schools, such as one-to-one mental health support from counsellors, could both improve life chances for children over their lifetime and generate significant economic benefits, according to an independent analysis, conducted by charity Pro Bono Economics, of charity Place2Be’s school-based mental health services.

The study looked at the improvement in mental health of pupils from 251 primary schools, covering 4,548 children who had received one-to-one support from Place2Be counsellors over the school year 2016/17. The report calculates that for every £1 invested (£4.2 million in total), Place2Be’s counselling service has the potential to deliver a societal return of £6.20 (£25.9 million in total) by improving long-term outcomes for each child. This return is achieved through higher rates of employment and earnings and by reducing rates of school truancy, exclusion, smoking, depression and crime. The potential benefit of Place2Be’s counselling service was calculated at £5,700 per child.

The analysis of this Place2Be scheme shows the potential for counselling services in primary schools to generate significant economic benefits to children in later life. Andy Haldane, Chief Economist at the Bank of England and Co-Founder and Trustee at Pro Bono Economics

Andy Haldane, Chief Economist at the Bank of England and Co-Founder and Trustee at Pro Bono Economics said:
“An estimated one in ten children and young people in the UK have a mental health condition. Without effective intervention, these conditions can have a significant impact on their life chances and result in significant long-term costs. These costs arise from a range of adverse outcomes for the individual, such as reduced earnings and increased government spending on education, social care, and youth and criminal justice.”

“Charities tell us that results from Pro Bono Economics reports help them to truly understand the impact of their services. This report is a powerful example of our work in action. The analysis of this Place2Be scheme shows the potential for counselling services in primary schools to generate significant economic benefits to children in later life. The analysis in this report is intended to contribute to increased understanding of the value of this type of intervention in primary schools and to help support commissioning decisions.”

Catherine Roche, Chief Executive of Place2Be said:
“Place2Be has been providing mental health support in primary schools for almost 24 years. This incredibly helpful new economic analysis underlines what our own data and experience have shown us – that providing mental health support at the earliest possible stage is vital to giving children brighter prospects for the future and ensuring that problems don’t become more complex and entrenched.

“We believe that all schools should be able to access evidence-based mental health support for their pupils, but they cannot do it alone. Investing in school-based support as well as training for school leaders and teachers will not only help children here and now, but will have a long-term benefit for them and the wider economy well into the future.”

Paul Whiteman, general secretary of school leaders’ union NAHT, said:
“School leaders regularly raise concerns about support for pupil’s mental wellbeing. They are doing everything they can to give the children in their care the support they need, but it is becoming harder and harder as funding and resources get cut both for schools and for specialist mental health services.

“One in five children will experience a mental health difficulty at least once in their first 11 years, and many adults with lifetime mental health issues can trace the symptoms back to childhood. This research shows so clearly the positive impact early help can have, for individuals and for society.

“It would be a sensible investment for the government to fully fund a universal rollout of mental health and wellbeing support in all schools.”

“We also need to make sure that schools are supported by health and social care services allowing schools to fulfil their role in promoting pupil wellbeing rather than making up for cuts to other services.”