During Children’s Mental Health Week 2022, Harris Academy Clapham and Place2Be hosted a special visit for Streatham MP, Bell Ribeiro-Addy MP. Bell was keen to learn more about the impact of having mental health support embedded within the school environment. 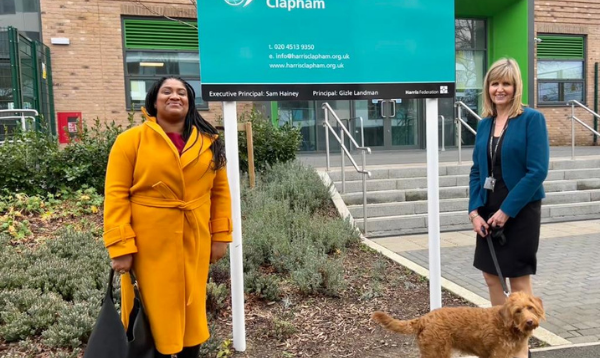 Bell then had a tour of the school, including the Place2Be therapy room and the Place2Be postboxes, where pupils can self-refer for support. Julia explained that friendships and anger are some of the issues most commonly raised by pupils in drop-in sessions. Gizle explained the importance of building emotional resilience skills in pupils and having on-site expert support. 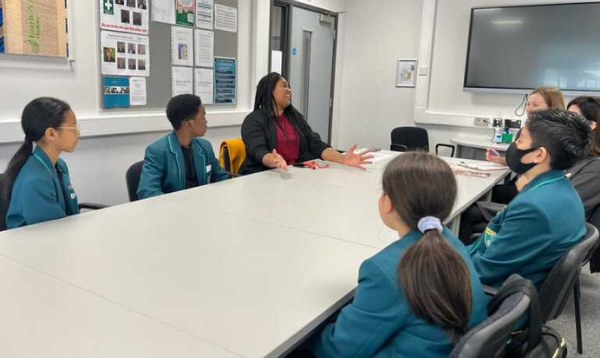 Bell’s visit ended with an insightful discussion with four members of the school council. The pupils discussed the following issues with Bell:

Pupils came up with a new idea of adding an extra Place2Be postbox in a more private place for pupils who might be embarrassed or shy about referring themselves to Place2Be.

Bell was supportive of Place2Be’s approach at Harris Academy Clapham, and spoke about the importance of early support, to avoid issues escalating and to reduce the strain on other sectors such as the NHS and the prison service. 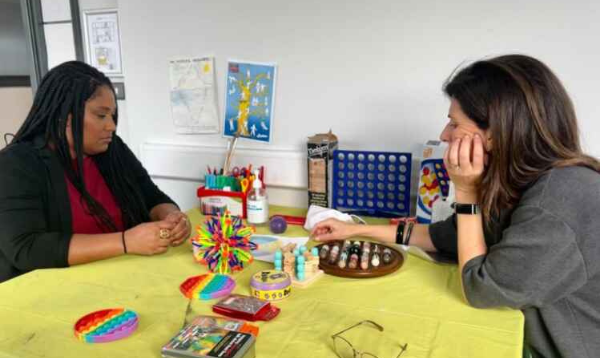