The theme of Children’s Mental Health Week 2022 was Growing Together, and we explored the different ways that we can grow, and help others to do so too. 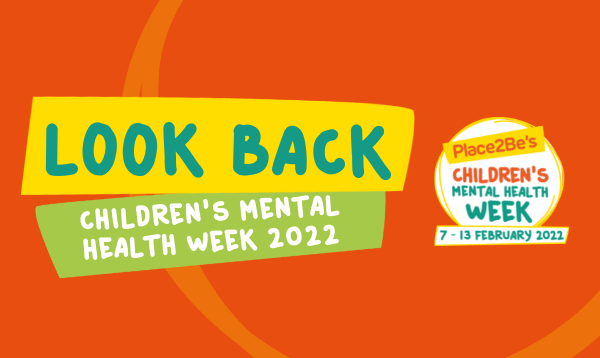 Ahead of the week, on Friday 4 February, we released the results of our poll with the National Association of Headteachers (NAHT), which found that 95% of school staff had witnessed an increase in anxiety amongst pupils this school year. To tell the story, we spent a day filming with the BBC in our partner school Seascape Primary in County Durham, and Place2Be Counsellor, Lyndsey Baxter, shared her top tips to boost a child’s wellbeing. The resulting feature was broadcast across the BBC, including in this online article.

Throughout the week, our social channels and websites spotlighted the personal journeys of well-known faces through a series of Growth Stories including Dr Alex George, saxophonist Yolanda Brown, presenter Josh Smith and skateboarder Sky Brown. Dr Alex George was also interviewed on ITV’s Lorraine about his own journey with mental health.

Children’s Mental Health Week 2022 featured in the media throughout the week; with television, radio, print and digital coverage. Students from Place2Be partner school Deptford Green School featured on Sky News with Place2Be Ambassador Mark Austin; as well as on BBC Radio 1 Life Hacks with Ambassador Katie Thistleton. Ambassador Rhys Stephenson made time from his UK Tour with Strictly to speak candidly with Good Morning Britain about his experience growing up and encouraged his fellow Strictly cast members to share their advice for children and young people on his social media channels. On national and regional TV and radio, our CEO Catherine Roche joined staff across the country on speaking about how we can grow together, and the importance of children’s mental health.

The week gained widespread support from parliamentarians across England, Scotland and Wales. On Tuesday 7 February, Catherine Roche gave evidence at the Education Select Committee on the picture across the country, and the urgent need for early intervention. We also held drop-in events in both Westminster and Holyrood, with MPs and MSPs joining the conversation and showing their support for children and young people’s mental health. On social media, over 200 political stakeholders shared messages of support, including a supportive video message from the Minister for Children and Families, Will Quince MP. Our work was also mentioned during debates in Parliament.

Throughout the week, we shared blogs on a range of topics - with children reflecting on their experiences of the pandemic through a series of drawings, our Programme Leader for Family Work offering tips on growing with your child, and a reflection on growth through adversity from Place2Be’s Counsellors who supported young people affected by the Grenfell Fire.

On Sunday 13 February, to mark the end of the week, Place2Be’s Royal Patron read a CBeebies Bedtime Story. HRH The Duchess of Cambridge shared The Owl Who Was Afraid of the Dark by Jill Tomlinson to align with this years’ theme of ‘Growing Together’.

Schools across the UK (and the world!) took part in the week. From photos of your Dress to Express days, to photos of your Support Balloons, to videos of you sharing how you grew together, it was great to see so many of you embracing the theme this year and helping raise vital funds for Place2Be. Thank you to everyone who got involved. If you haven’t already, please add yourself to the Children’s Mental Health Week map. So far 580 schools have told us about how they took part, reaching 170,000 children and young people, and over 35,000 adults.

We want to say a big thank you to players of the People’s Postcode Lottery, and The Beaverbrook Foundation, who supported this year’s Children’s Mental Health Week.

Sign up for email alerts to be the first to hear about Children's Mental Health Week 2023.

You can still download our Growing Together resources for schools and youth groups, and parents and carers on the Children’s Mental Health Week website.

Each year during Children’s Mental Health Week, we shine a spotlight on the importance of children’s mental health, but our work doesn’t end here. Place2Be’s vision is for all young people to have the support they need to build lifelong coping skills and thrive.