Last week, Dr Rosena Allin-Khan, Shadow Mental Health Minister and MP for Tooting, and Fleur Anderson, MP for Putney, Roehampton & Southfields, visited Heathmere Primary School in South West London to hear about how the school is promoting positive wellbeing for pupils, and to learn more about Place2Be’s mental health support for schools across Wandsworth and the rest of the UK. 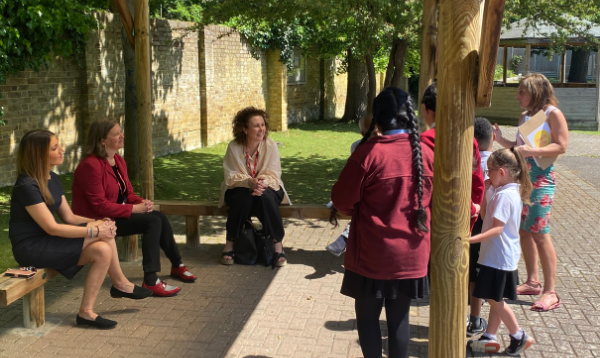 During the visit, the MPs met with Place2Be School Project Manager, Iffat Shafiuddin, and heard first-hand from pupils who had benefitted from Heathmere’s whole school approach to mental health. Pupils shared their experiences of Place2Be, how it has helped them and the difference it makes at Heathmere Primary School. One pupil who had been supported by Place2Be said:

“At first it was hard for me to leave my old school where I had a lot of friends, but when I found out about Place2Be it was good and made me feel much better. I don’t really share my worries at home but now I have Place2Be I’m better at talking about my worries.”

After hearing from pupils, the MPs sat down with headteacher Emma Lewis, Place2Be’s Area Manager for South West London Khaled Musse, School Project Manager Iffat Shafiuddin, and Place2Be Chief Executive Catherine Roche to discuss how children and young people’s mental health has been affected by the pandemic and how Place2Be supports children, families and staff at primary and secondary schools across the UK.

Once children have the skills to start those challenging conversations about their mental health, they are set up for life. Having mental health services inside the school is a really important part of that. Fleur Anderson, MP for Putney, Roehampton and Southfields
When a child is acting up there is nearly always something else going on. When you invest the time in early intervention that is where you can make the real difference and that is so important. Place2Be’s work is really changing lives, that is what it’s doing, changing children’s lives. Dr Rosena Allin-Khan, Shadow Minister for Mental Health and MP for Tooting 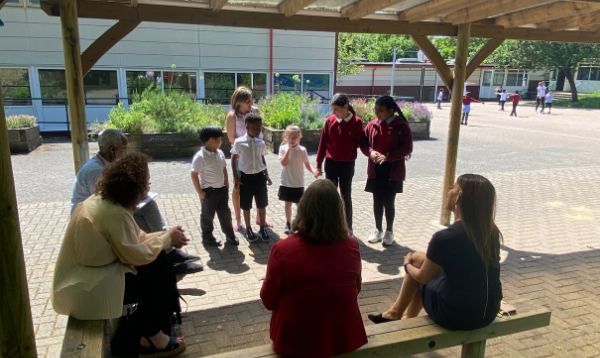 “I personally have learned the most about mental health through having Place2Be in the school, having the expertise onsite is where you learn the most.”

“I am grateful to Rosena and Fleur for taking the time to visit Heathmere Primary School, and hear about some of the fantastic work taking place there. Place2Be has worked with Heathmere for over 10 years and their commitment to supporting children’s mental health is truly outstanding.”