Children may need lots of encouragement to speak up about their worries. Sally Izon, Place2Be counsellor and School Project Manager at Glencoats Primary School, shares her three tips for helping them to do so. 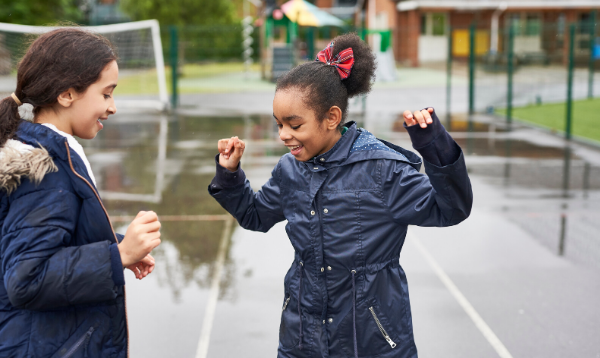 When you think about being brave – which was the theme of Children's Mental Health Week this year – it’s important to strip it back and think about what this can mean for pupils.

Being brave isn’t about being some sort of superhero, it’s about little steps that you take each day. It may be about being able to answer a question in class; opening up to an adult about something that’s on your mind; plucking up the courage to go to assembly – an environment which can be overwhelming; or going into water for the first time.

For some children, putting up their hand and answering a question in class can be a really difficult thing. But if a child never gets the opportunity to use their voice or express their thoughts, they can get lost.

This can lead to them having lower self-worth: they may think that no one wants to listen to them, or that they can’t tell anyone anything that’s on their mind.

Here are three tips to help pupils be brave:

It’s really important for teachers to give children the opportunity to express themselves and ask questions.

Having a worry box in class – where children can write down their worries – can also help children to express how they’re feeling and open up.

There are lots of things in children’s lives that they may need to talk about, but that doesn’t mean it's an easy thing to do.Speaking out about something that’s going on in your personal life has potential risks attached to it. For example, in a counselling session, a child disclosed things to me that I knew were a safety risk. I had to explain that the police and social services would need to get involved. To a young child these actions may feel quite scary or worrying, so to talk openly, despite being aware of this situation, does take bravery.

But if we keep these things to ourselves then these thoughts are likely to fester, grow bigger and become more problematic.

At the school I work in, we have a self-referral service called Place2Talk, where children write on a slip of paper about what they’d like to talk to Place2Be counsellors about, and post in a special letter box in the school.

Children tend to want to talk about all sorts of worries. In one lunchtime session recently, I saw nearly every child talk about not being able to see one of their parents; they were sad and didn’t understand why. Place2Talk gave them a space to talk it through with a trusted adult. Taking that first step to talk to someone about what’s on your mind is really important. If there is no one to encourage these children to talk, however, they can get stuck in a negative spiral.

Being brave is as much about looking after yourself as supporting other people. For example, talking to a friend who you know is struggling about getting them the support they need can feel like a brave thing to do, as you may worry about their reaction.

I’ve been going into primary school classes recently to talk about bravery and the emotions you feel before and after doing something brave. All the children have such wonderful examples, from learning to ride a bike, to swimming in the deep end of the pool.

And after you’ve done something once, it never seems quite so scary the next time – because you can say to yourself, “I can do it.”