Place2Be proudly took part in The King’s Cup sailing regatta today; going head to head with seven other charities, and the Duke and Duchess of Cambridge. 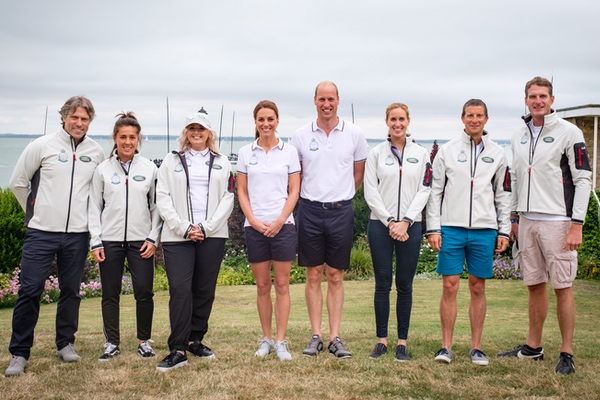 Each charity represented chose a celebrity ambassador to act as skipper on their boat, with longstanding Place2Be Ambassador Katie Thistleton joining our team.

I am so excited for the King’s Cup and to race against the Duke and Duchess! I am especially honoured to represent Place2Be as I always am... I just hope I don't get seasick! Katie Thistleton, Place2Be Ambassador

The teams took part in two races to determine the overall winners. In the second race, many boats - including the Duchess of Cambridge's - were disqualified for not going back and starting the race at the line. Katie and Place2Be came third in the second race, but in the top three positions overall were won by:

A 500-seater grandstand was put up in Cowes for spectators to watch the race, with footage played on screens across the town. Pupils and teachers from Brighstone CE Primary School, Isle of Wight, joined us there to cheer for Katie and the Place2Be team.

The Duke and Duchess of Cambridge hope that the regatta will become an annual event, bringing greater awareness to the benefits of sport, while also raising support and funds for their causes.

Observant Place2Be supporters may have spotted that something there’s different about Place2Be today. On the sail of our boat, and across our website and social media, Place2Be are excited to reveal a new logo and refreshed look to mark our 25th anniversary.